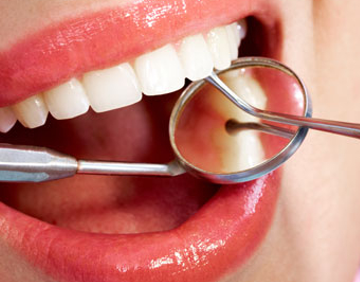 Gum disease also know as periodontal disease is one of the mst common diseases affecting the oral cavity . The oral cavity consists of teeth and periodontium which surrounds and supports it as well ! WHAT DOES THE PERIODONTIUM CONTAIN ? Periodontium is a Greek word which can be broken into two perio(around) and odontos(tooth) literally .It is mainly divided into 4 components: Gingiva ( Gum tissue) Periodontal ligament Cememntum Alveolar bone WHAT IS PERIODONTAL DISEASE? Periodontal disease can be divided as : Gingivitis: This involves mainly inflammation of the gum tissue. This mainly occur due to bacteria in plaque resulting in faulty brushing thereby resulting in reddening and bleeding gums. It sis commonly known as pyorrhea in laymans term . Periodontitis: This involves inflammation of the periodontium .Gingivitis usually if untreated ends up in periodontitis. There is no irreversible damage in gingivitis .However , chronic gingivitis results in formation of pockets between the tooth and gums, thereby facilitating more debris to be lodged in it. This ultimately results in gums and underlying bone to be separated or pulled away from tooth thereby resulting in irreversible damage . CAUSES OF PERIODONTAL DISEASE: Poor oral hygiene habits like improper brushing and flossing on a daily basis results in gingivitis. Hormonal changes associated with puberty, pregnancy , monthly menstrtuation and menopause all increase the tendency to develop gingivitis. Patients suffering from sytemic medical conditions like diabetes, HIV and cancer are in high risk category to develop periodontitis. Certain medications like antihypertensives, anti angina and anticonvulsant drugs all result in abnormal gum tissue growth as a side effect thereby being more prone to gum diseases. SYMPTOMS AND SIGNS: Bleeding gums during tooth brushing Red , tender and swollen gums. Receding gums Formation of deep pockets between the tooth and gums Loose or shifting teeth GUM TREATMENT: There are a variety of gum treatments done here at 32 Lives depending on the patients overall health, gum tissue health and response to earlier treatment done. These include: NONSURGICAL TREATMENT : Scaling and root planning( Professional dental cleaning ): This is a nonsurgical procedure done with/without local anaesthesia depending on the patients comfort , whereby plaque and tartar are removed with the help of ultrasonic scalers. The root surface is also smoothened hence the term root planning. This helps in reducing the local gum swelling. Depending on the oral hygiene of the patient , the dentist can schedule a scaling session(oral prophylaxis) once in 6 months. Drugs: Antibiotics like tetracyclines, doxycycline and minocycline can be given to treat the bacteria responsible for gum diseases. Thes can be used along with surgical or nonsurgical treatment . Chlorhexidine is very commonly used antimicrobial to treat periodontal diseases. It is marketed as PerioChip, Perioguard, Listerine , Clohex Plus, Rexidin Plus and numerous other rinses. SURGICAL TREATMENT : Flap surgery : This is the most commonly done surgery to reduce pocket depths which involves raising a flap og the gum and deeper cleaning the bone area. Any irregularities on the surface of the bone are smoothend. This is alos known as Pocket Reduction Surgery . Bone grafting: This is done for regrowth of the lost bone so as to support the teeth. The procedure involves using your own , synthetic or donated bone which is packed in the area of deficient bone , inorder to accelerate the process of bone formation. Soft tissue Grafting: This procedure mainly encourages the gum tissue growth where gum has receded. Grafts are mostly taken from the roof of the mouth and locally stitched in place . Guided Tissue regeneration: This is mainly done in association with flap surgery and bone grafting .It involves the placement of a thin mesh like fabric which inhibits the formation of gum into the growing bone therby allowing the bone to heal faster .